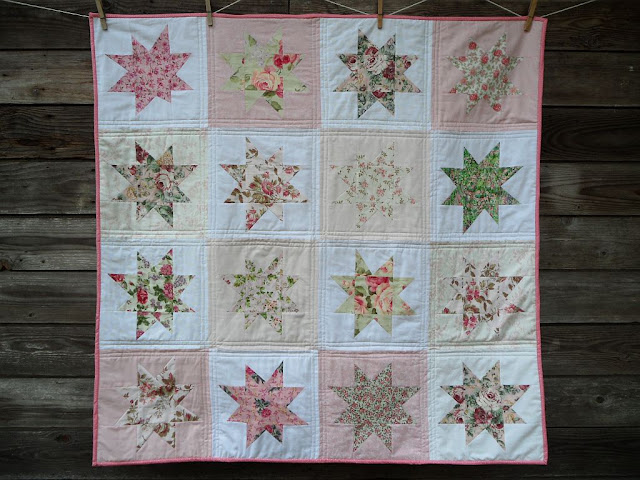 I finished another baby quilt.  This is none other than Shabby Chic Baby. The same idea as Lovely Stars and Ice Cream but in pinks.   I used a bunch of florals that were a little bit dated but I think that when I put them together like this, they work!  I used a variety of pinks and whites along with the florals.  I just love it.  I used a pink dot on the binding and a shabby chic print on the back.  How much fun  is this?  Quilted with Aurifil 50 wt in white in two straight lines on either side of the seam lines.  Nice and simple.  Measuring 39" by 39". 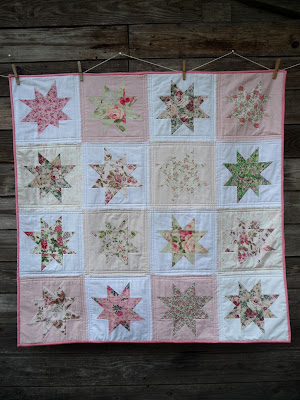 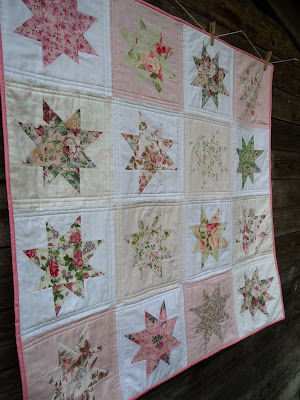 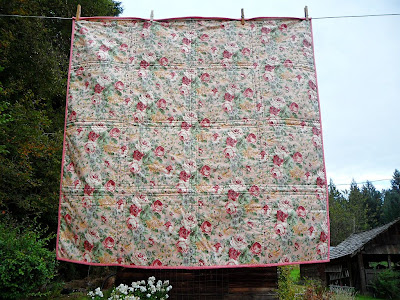 And this is the back.  Shabby Chic Baby.

Linking up with Megan for Sew Modern Monday and Quilt Story for Fabric Tuesday!
Posted by Cathy at 5:21 PM