De-Stash is the best! 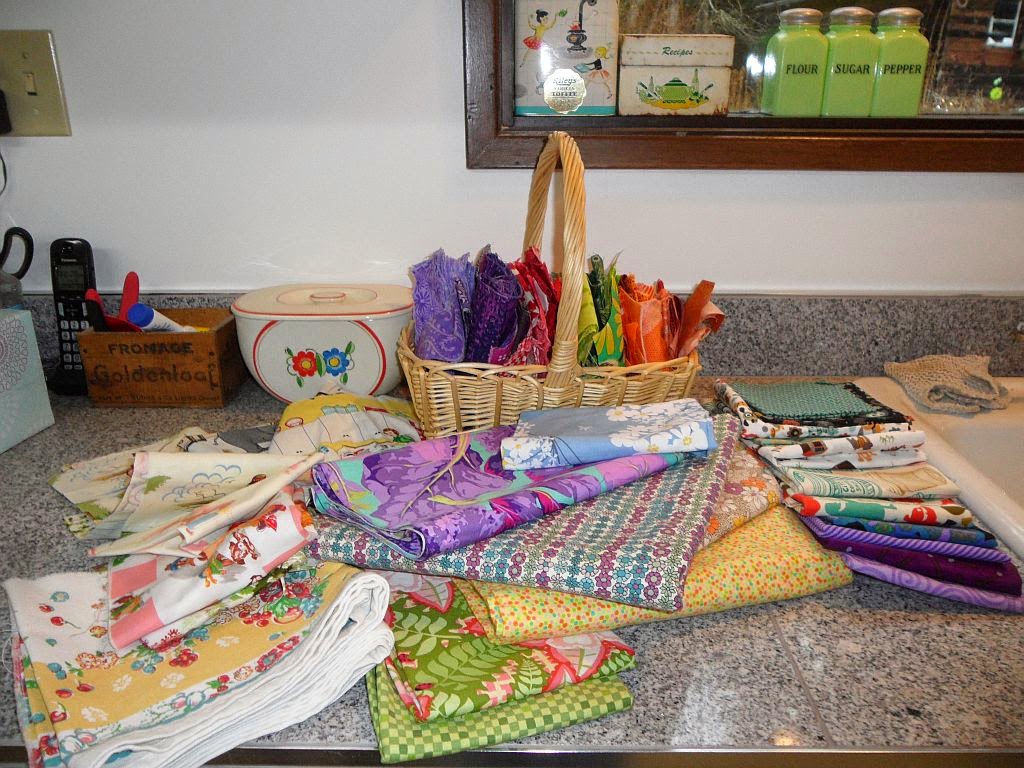 Every January, The Fraser Valley Modern Quilt Guild holds a de-stash event.  It is so much fun.  I got rid of a ton stuff but controlled the urge to bring home bags and bags of other people's scraps.  Other people's scraps just seem so much more interesting.  Anyway, the guild members did not disappoint.  There was so much stuff we pretty much filled a room.  I did find some scraps.  I think Cynthia may have brought some of them.  They were already organized by colour.  Total bonus.  Then I found some other goodies.

I was very controlled.  There was so much stuff left but the members pitched in and lots of volunteers carted stuff off to various thrift stores and charities.  Other people's junk is someone else's treasure for sure! 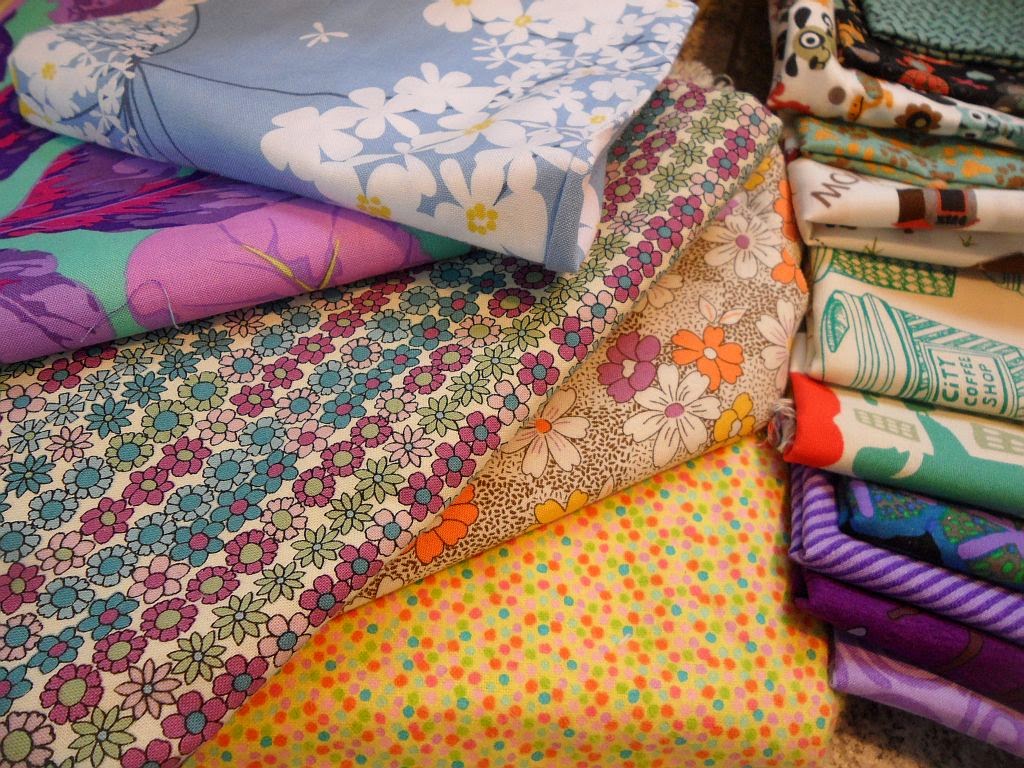