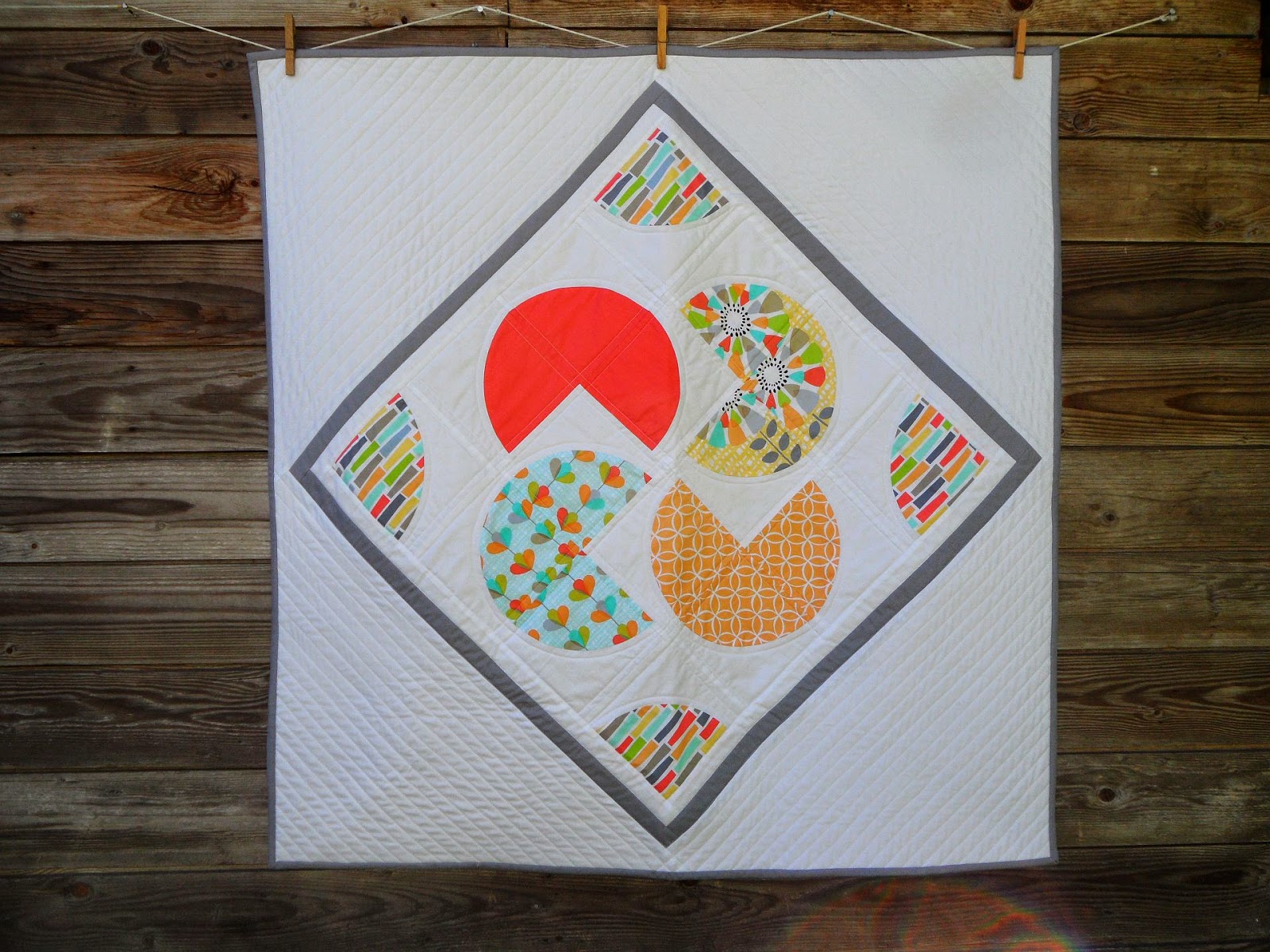 Name: Nested Curves (Ode to the N.F.B.)
Design: My own, nested Drunkard's Path on point
Size: 41" by 41"
Fabric: Michael Miller Petal Pinwheels, Kona white and Kona Medium Grey
Quilted: by me with Aurifil 50 wt in white diagonally on the corners and following the blocks in the centre 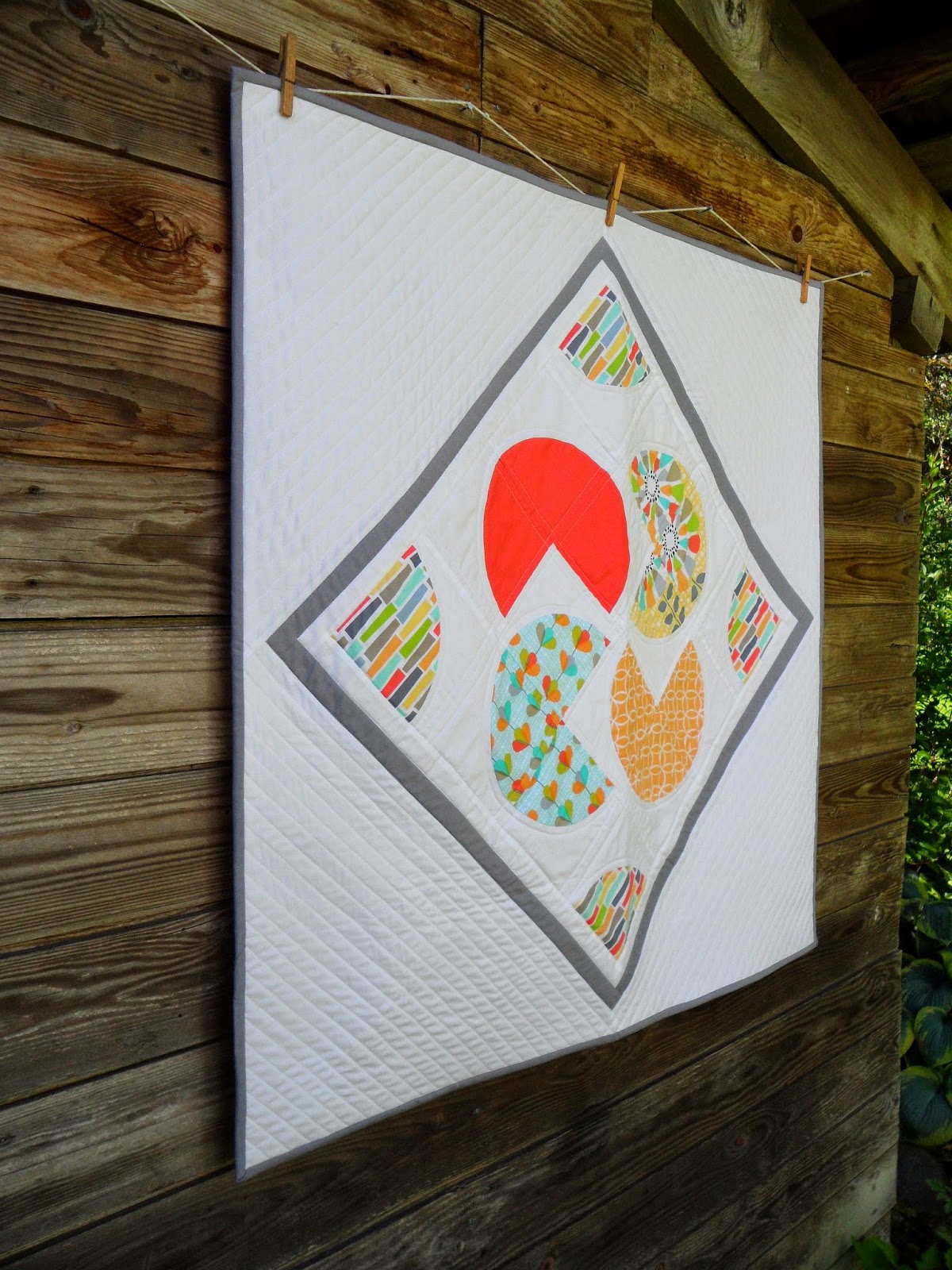 I had an idea.  I really wanted to do something with curves.  Probably something with the Drunkard's Path block but I wanted something a little different.  I looked on Pinterest and all over the place at Drunkard's Path variations but I was not seeing what I was thinking.  Then on Saturday morning, Husband was looking at National Film Board of Canada films after downloading the NFB app on his iPad.  Somehow we started looking at the NFB film called Quilts, which I have watched before but... There it was!  Just what I was thinking.  I took my iPad down to the sewing room and played the film again until I could freeze the film right at the point where the Drunkard's Patch block starts dancing away into all sorts of animated variations.  And then I got busy with the MQG Petal Pinwheels.  These are 6.5" Drunkard's Path blocks put together on point (nested together) and then framed up in some Kona medium grey and setting triangles of Kona white.

I didn't use pins.  I used Leanne's method of curves without pins.  Genius!  I am so pleased with how this came together.

The quilting was fun.  I started with outlining the blocks in the centre on either side.  Then I stitched in the ditch around the framing to add definition and then I did the diagonal quilting in the corners.  Then I thought I should try outlining the curves so I did that too.  I had a lot of ends to bury but the quilting in Aurifil 50 wt in white just makes everything pop!  What do you think?  Baby quilt, wall hanging, play mat.  Whatever it is, it made me feel very happy!  I am quite tickled with the curves.  It is was a breeze, people, a breeze! 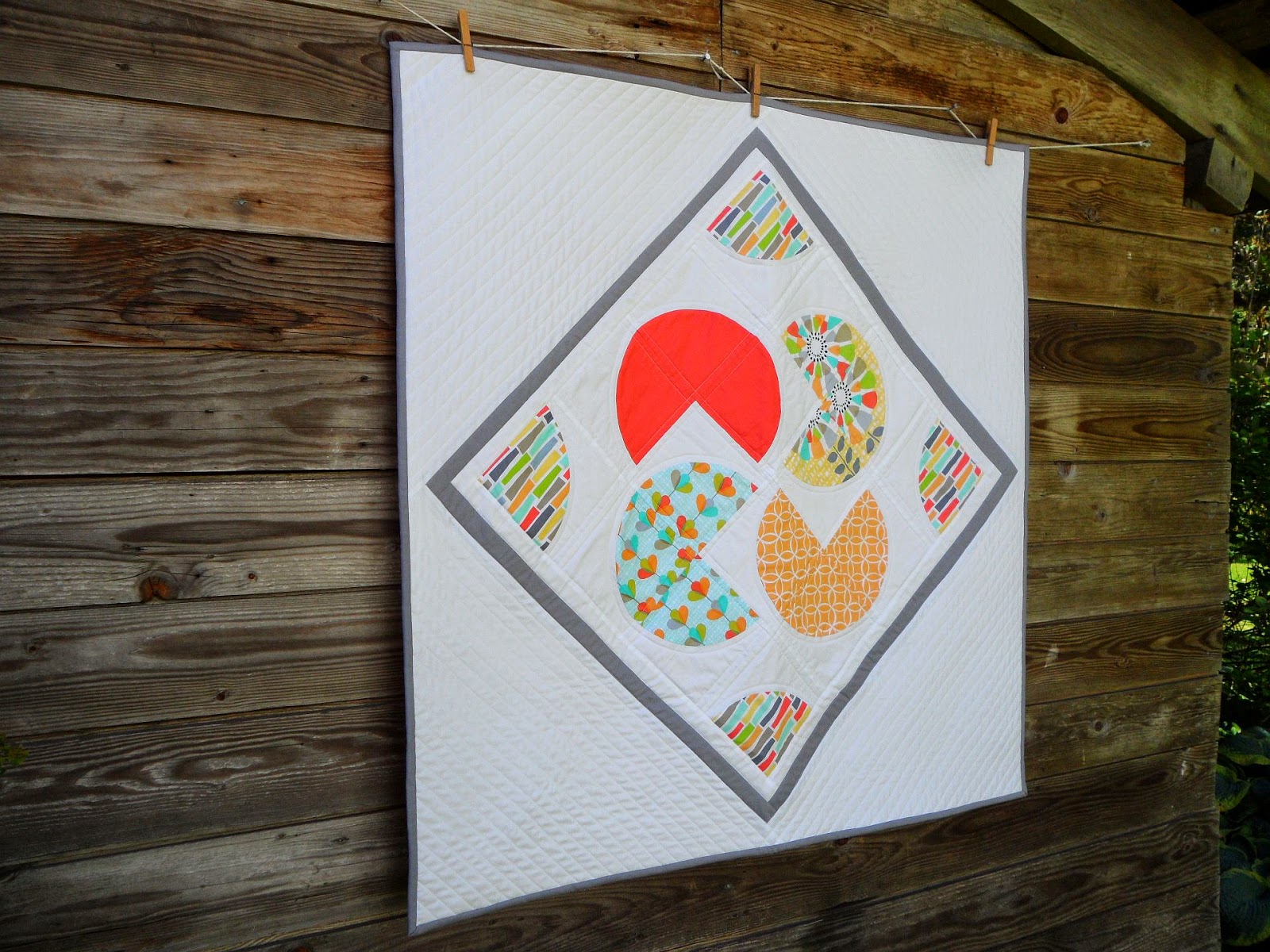 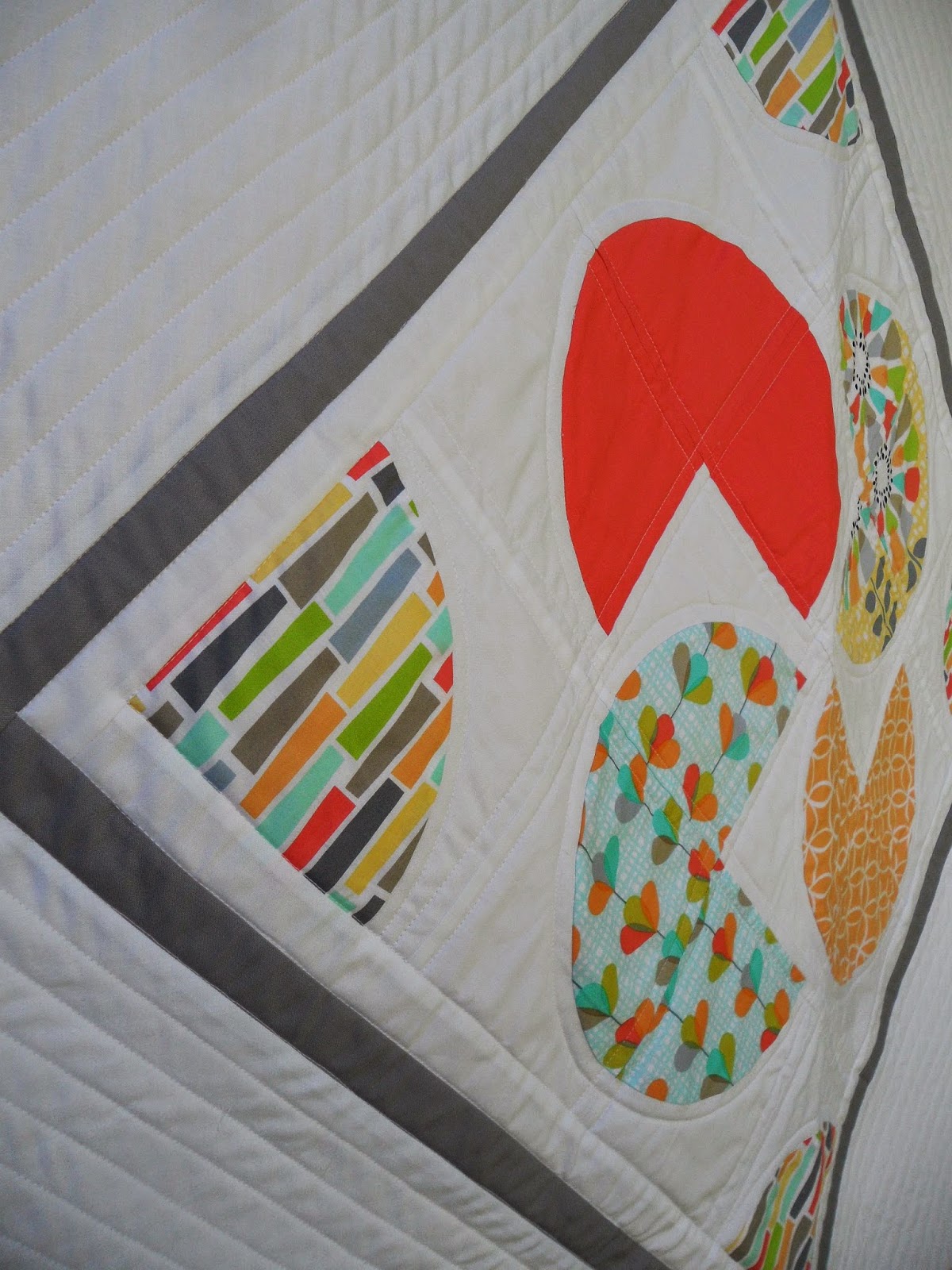