A work in progress: Pillows and scraps 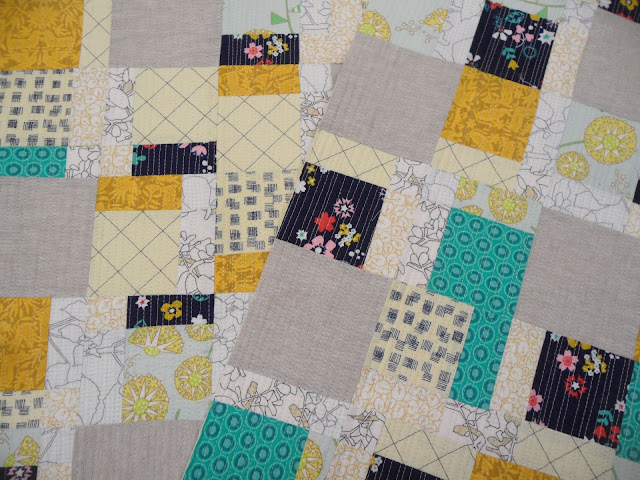 Our daughter asked for some new pillow covers for summer.  Apparently she knows someone who likes making pillow covers.  Oh,  that would be me.  She asked for blues and yellow but light coloured for the most part.  I grabbed some of Carolyn Friedlander's Doe and a bit of Botanics along with some other prints and some linen.  Then I got busy.  I wouldn't call this a standard disappearing nine patch but sort of.  I added in some squares of linen here and there for more negative space.  It looks pretty awesome with matchstick quilting.  More pictures later with the finished project.

Shall we talk about the scraps?  They had morphed into 2 baskets so I knew it was time.  I am trying to keep to my plan of cutting 3", 4" and 5" squares, strings and just folding the bigger bits.  So far it's working.  A baby quilt goes together in no time when you have all sorts of pre-cut squares.  Just saying.  This is also getting me to use more of the scraps as I go along.  It feels very mature.  Just saying. 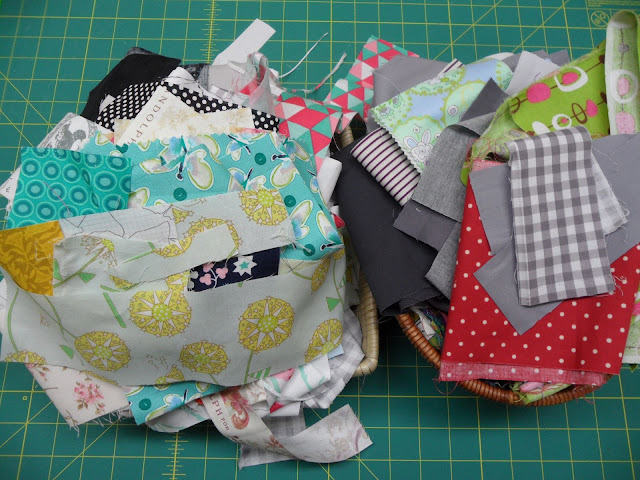 Email ThisBlogThis!Share to TwitterShare to FacebookShare to Pinterest
Labels: pillows, work in progress