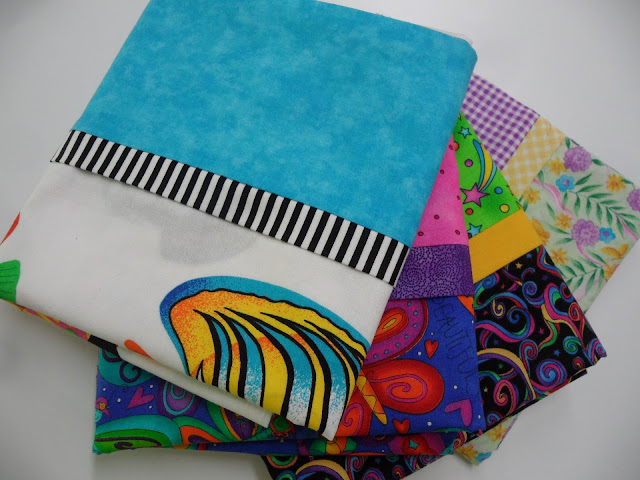 One of our guild members has a husband who is a fire fighter.  He volunteers at a children's burn camp each year and Tracey had this idea to give every child a new pillowcase.  The idea being that these kids have been through an awful lot and wouldn't it be nice to have something like a funky pillowcase to have at camp and take home?  The guild has been making pillowcases.  I couldn't make it to the sew in but last Sunday I thought that I would whip up two pillowcases.  OH MY GOODNESS.  These are so much fun to make!  I made two and then three and then.. four!  I couldn't stop.  That is how pillowcases multiply.This tutorial.  So much fun!
Posted by Cathy at 5:09 PM