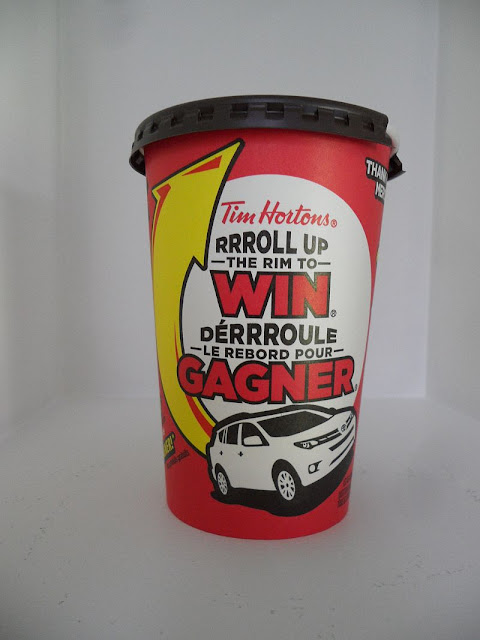 It is roll up the rim season at Tim Horton's.  It is the time of year when you cannot leave an unrolled cup around for Husband to sneak up on.  He loves to roll up the rim before I get to it.  He even has this handy dandy little tool that he uses to roll up the rim neatly.  Yes, there is such a thing.  Only in Canada.  I have to say that I am ready to give up and just say forget it because this is the first Tim Horton's roll up the rim season where I have not won anything!  How can this be?  I have even bought a friend a coffee and they won a free latte and I still have not won anything.  Good grief.  What is the world coming to? 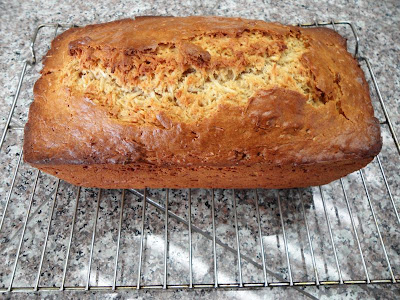 This is a coconut bread.  It was on the Smitten Kitchen blog the other day.  I pointed it out to Husband and before you could say, I don't know... ROll UP THE RIM...it was there.  Smelling awesome!  And then I had a piece toasted.  Oh, wow!  Total yum fest.

On the sewing front, I stitched and stitched little bunny parts last evening until I was quite cross eyed.  That being said, all arms, legs, ears and one boot are assembled and waiting for next steps.

I am ever hopeful that Google will change their mind about Google Reader but so far Bloglovin is just fine.  I am somewhat confused about the whole following thing and how that will transfer over.  In the midst of my confusion, I have the Bloglovin' button right over there on the sidebar for those so inclined.

Have a super lovely day.  It looks like a good one!  Linking up with Cindy's Random Thursday!
Posted by Cathy at 7:59 AM