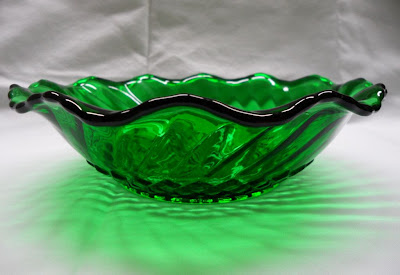 I was a happy camper when I spotted this lovely green glass bowl and wouldn't you know it?  I found the vase at the next thrift store. 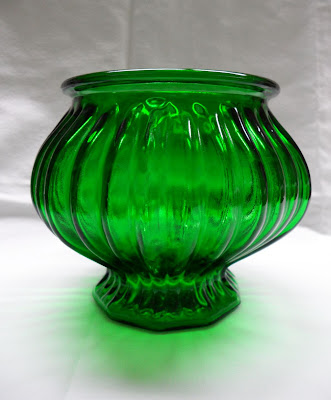 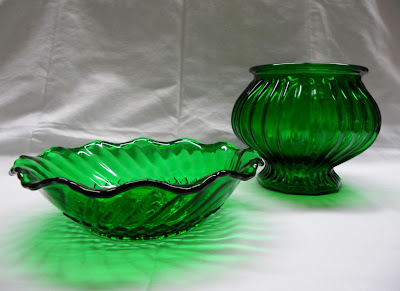 And look at how nicely they go together!  It would have been even nicer if I pressed the drop cloth before taking the photos! 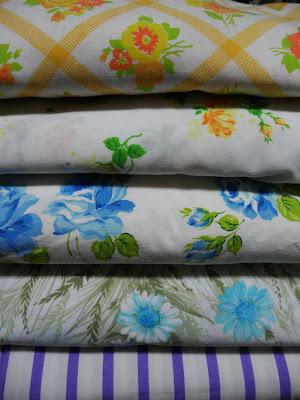 It was an awesome vintage sheet day today too!  Husband and I stopped by 3 thrift stores this morning and I found a few sheets at each one.  I LOVE the one on the top of the pile!!!  So much fun.

We were out and about this morning early.  I promised Husband a whole lot of fun.  After the first thrift store, he asked me where to next?  I did not really have a plan.  I said, home?  He asked me what about the promise of fun?  I had to admit that I had lied.  But in a nice, not harmful kind of way.  He suggested the cheese shop.  Who was I to say no?  The cheese shop is right next to a fantastic quilt shop and down the road from 2 very interesting not often visited thrift stores.  Off we went into the rain and the wind of November.  The last thrift store stop is right next to a great veg/deli shop and Husband suggested a picnic.  Why not?  And I remembered that this is the weekend of the bald eagle festival.  The eagles congregate to feast on the salmon that die after spawning.  We had a lovely picnic in the van while watching the bald eagles and the wind and the waves.  Saw tons of spawning salmon and several swans.  Awesome, spontaneous fun with a few thrift shops thrown in there for my thrifty fix.

I did wish at one point for an interpretative sign to explain exactly what the heck the eagles were doing when I realized we were parked right in front of just that.  Oops.  It gave a very clear explanation.  I think I had actually proclaimed that if I were in charge of the world, I would have such a sign.  Then I noticed it.  Oops.

I will be linking up with Sophie's Flea Market Finds and with Apron Thrift Girl's Thrift Share Monday. 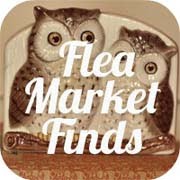 Check out all the other finds!
Posted by Cathy at 4:11 PM