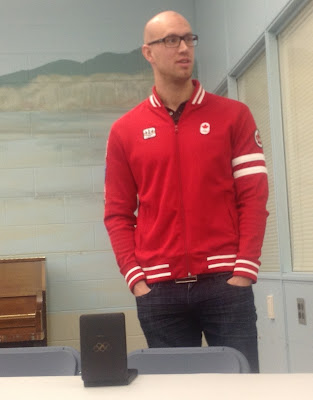 Yesterday I met this young man.  I don't know if you can tell what that open box is in front of him.  See the Olympic rings?  Mmm hmm.  Yep.  That box is for an Olympic medal.  Bronze in fact for the 100 metre
Freestyle at the London Summer Olympics.  This is Brent Hayden and he is from Mission, BC.  He is a hometown boy and he spoke with all of us school principals today.  Nice guy.  Oh.  I held his medal.  It was super heavy.  Never thought I would hold an Olympic medal.  He told us if we took off running with it, he would tackle us.  Just saying.

And if there was ever an Olympic medal for Cinnamon Buns, my husband would win.  Yep.  It's true. 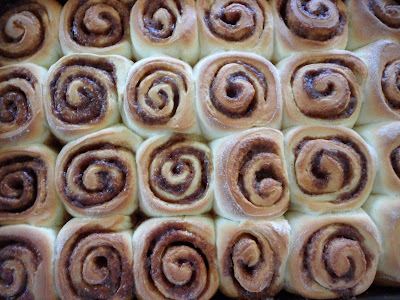 Linking up with Random Thursday over at Cindy's.