Design Wall on a Monday 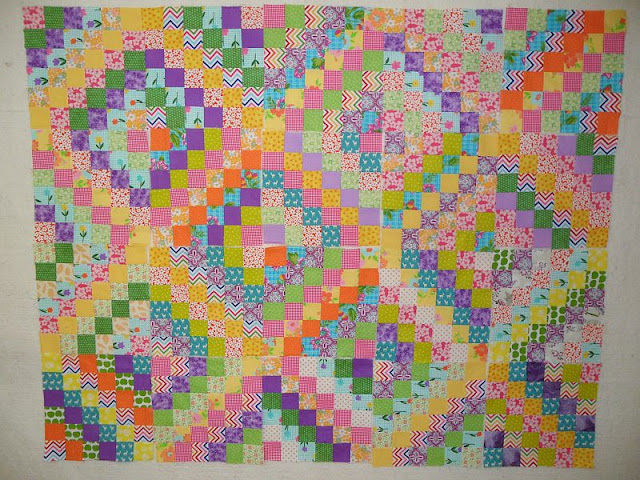 Well.  Scrappy Trip Along progress.   Twenty blocks and growing.  I still have not decided how big this is going to be but I do like it.  Last week, I took a picture and said that I was making sure that every block had a yellow diagonal.  I looked at the blocks on the wall this morning after a week of not staring at them, to see that I had messed up on 4 of the blocks.  Ack!  A little unpicking and all the blocks had a yellow diagonal.  Silly me. 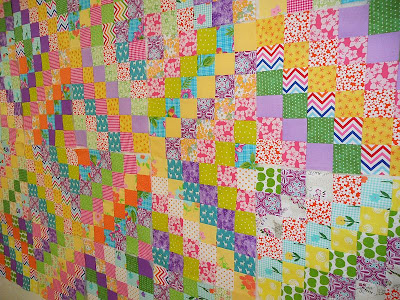 I sewed a bunch of the strip sets together at the sew in and managed to sew a few blocks together but really, at a sew in, it is more about the people than the sewing.  At least I think so.  I have to say that there were a lot of us making these at the sew in.  And we each brought strips, mixed them up, made a block and then had a draw for the blocks.  Fun!  Linking up with Judy's Design Wall Monday