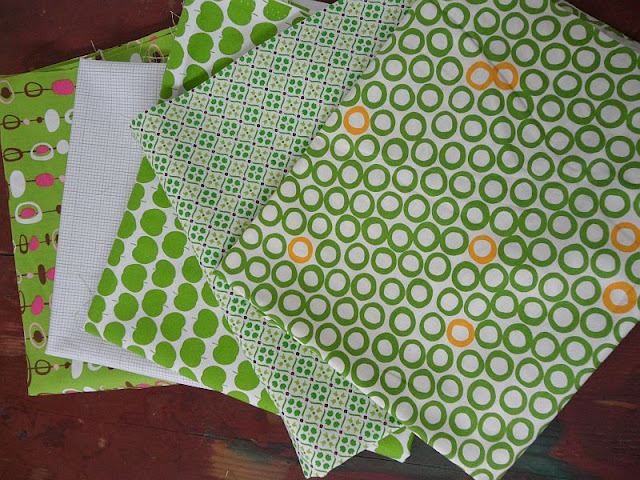 Yesterday I drove out the driveway and off to a sew in with the Vancouver Modern Quilt Guild.  It was so much fun!  But more on that later.  I digress.  This is supposed to be about fabric.  At the end of the day, some of the quilting buds were talking about a fabric store not too far away and that maybe a little shopping was in order.  Off we went.  Through thick fog.  Negotiated terrible traffic because there was an accident tying everything up.  We were not to be deterred from the intended destination.  A mom and pop fabric shop that sells all manner of fabrics.  Mostly garment fabrics and upholstery stuff but they did have quilting cottons.  I think they must get remaindered bolts or something.  And great prices.  Seriously.  For some reason, my picks were mostly about green.  Do you see the one that looks like graph paper?  Love that.  Oh.  I got this map stuff too.  But don't try to follow the map because it might just be something like the map app from Apple.  Just saying.  Thanks Amy for your great directions.  I did not get lost. Even in the fog. 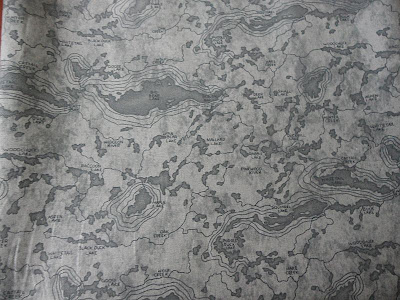 Email ThisBlogThis!Share to TwitterShare to FacebookShare to Pinterest
Labels: stash