(Said in my Grinchiest, most Seussical voice)

I needed two more stinking little Farmer's Wife blocks because of the way I have laid out the blocks.  ARGH!!!!!  But on the other hand, I have spent some quality time sashing all the little blocks and I have actually put almost half of the top together.  Then I got to the point where I had to count blocks and try and figure out why it was not working on two of the corners.  Finally, and this is where I thought of something I had not before, I realized I was creating a square quilt not a rectangle and I needed two more blocks to make it work.  I felt it was easier to make two more blocks than switch up the layout.  I made two easy blocks.  Economy and Puss in the Corner.  Just like that.  And now I am back to sashing. 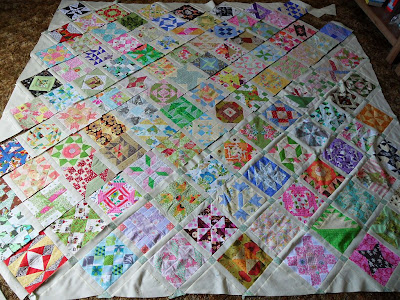 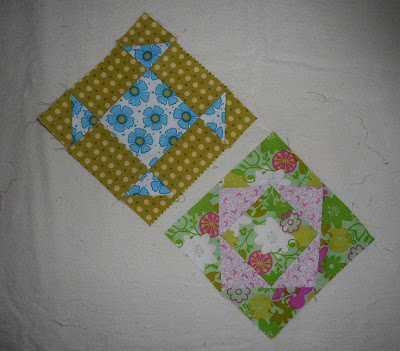 On an unrelated to quilting note, we woke up to SNOW on April Fool's Day!  And we were not joking!  The snow covered the ground for most of the morning.  It is all gone now but Husband planted a bunch of herbs yesterday including some tarragon and rosemary plants and then it snowed!!!!!!  Tarragon and rosemary are not the hardiest of herbs.  EEK!

I will link up with Judy's Design Wall tomorrow because really this is all I have done all weekend!!!!  It takes forever!