Saturday and it's snowing

Husband needed a haircut and I needed a thrift store. After a thrilling trip to the dump to get rid of the recycling, general trash and renovation garbage, we were off to the races.  Actually the only thrilling thing at the dump were the bald eagles.  The rest of it was, well... dumpy.  After the haircut, we pulled up to the thrift store just as it was opening.  I jumped out and Husband was off for coffees because Roll up the Rim has started at Tim Horton's!  (And I won a coffee today!)
At the thrift store I did find another super button jar.  Filled with all sorts of large coat buttons, an unusual large cameo button, one that looks like a limpet, a very large shell button and lots of other lovelies inlcuding many large coat type buttons that just work so well for pillow backs.  And in the button jar were 2 nickels.  One was 1985 and the other 1989.  How odd is that?  The years of both son's and daughter's births!  Talk about a coincidence.  On to thrift store number 2 and I picked up a metre and a half of lovely quilting cotton with pink ruffled poppies for a  mere $3, and a huge Battenberg lace table cloth, $2 and some other vintage embroidered linens that asked to come home with me for cheap. 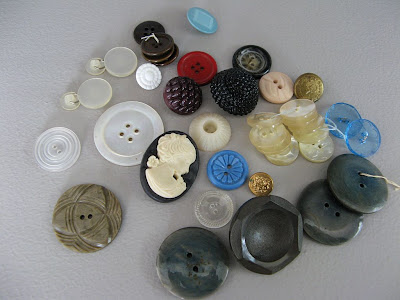 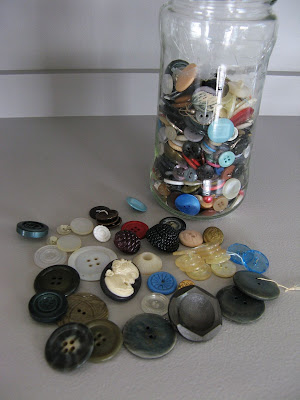 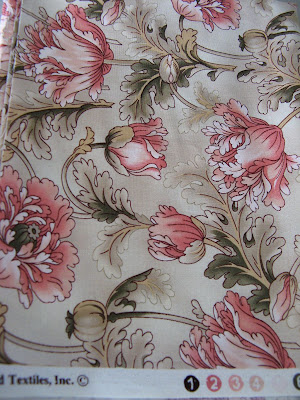 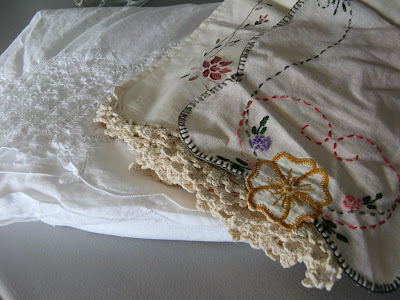 And for more flea market finds check out Sophie's blog!
Posted by Cathy at 4:39 PM

Email ThisBlogThis!Share to TwitterShare to FacebookShare to Pinterest
Labels: thrifting